Get Acquainted with London

A medley of sites that captivate the senses, the brilliance of all that London has to offer lies within the city’s entirety as a cultural melting pot of all that life can afford. Home to some of the most recognisable sights in the world, the Big Ben, Buckingham Palace and the London Eye to name a few, London can be characterised as being a high-density metropolis with a generosity of green spaces. With each avenue offering its own aura and adventures, London effortlessly combines the conventional and contemporary. Rooted in Westminster and Victoria with outposts in Greenwich and Kensington, the traditional architectural culture is evocative of Royal London and the magic of the world’s most eminent monarchy. London’s indelible history is foregrounded by the modernity of its work hard, play hard attitude which is embodied and replicated in classic pubs, casual bars and chic clubs making it a night owl’s paradise. 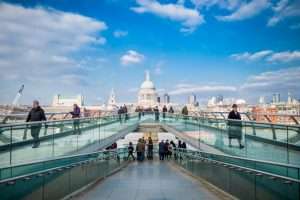 For the cultured, the breadth of opportunities is vast – a collection of attractions include some of the world’s leading museums like the British Museum and Tate Modern, vibrant festivals such as the Notting Hill Carnival and scintillating theatrical performances in the city’s West End. The capital also attracts some of the world’s major sporting events each year being home to renowned tennis championship, Wimbledon and a great swathe of other sports held at iconic stadia including the Oval and Wembley Stadium. 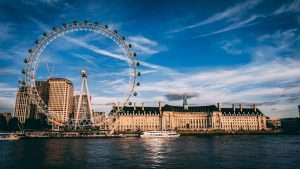 A city that has commerce coursing through its veins, shopping in London is a holistic experience that caters to all tastes, preferences and budgets with a large selection of flagship stores on Oxford Street, endless choice at Europe’s largest shopping mall, Westfield Stratford, and the opportunity to get lost in the lap of luxury at Harrods in Knightsbridge. Those who visit would agree that no account can do justice to the splendour of London, which manages to forge a unique connection with everyone who traverses its expanse through its ability to offer an idiosyncratic experience to all. One needn’t be a Londoner to experience the city’s wonders as its fingerprints seldom fade from the lives it touches.